A week after our daughter was born we noticed a dime-sized purple spot on her bottom when changing her diaper. We immediately thought diaper rash and spent a few days trying different diaper creams. At our check-up that week we were told to keep the diaper cream applied thick. 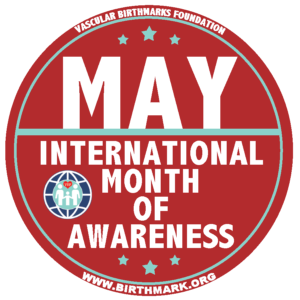 A couple of days later the spot started to open and resemble a canker sore, we immediately went to the same day hours at our pediatrician office. We were given a topical anti-bacterial prescription and told to continue with the diaper rash cream and try to keep her diaper off as much as possible to clear up the diaper rash. It is still just a single spot.

The spot was rapidly becoming wider and deeper. We went back to the pediatrician after 5 days had passed without results using the prescription medicine, as we were directed. Over that time short period, the open sore was now wider than a quarter (on a newborn baby’s bottom) and continuing to grow deeper. At this doctor’s appointment, we were told she had erosive diaper rash, probably due to acidic stool. The pediatrician looked at us and called it “an impressive rash” and referred us to the pediatric wound team to see if there was any way they could keep it bandaged to prevent infection.

We asked for a referral to dermatology for a second opinion but were told we need to see what the other doctor suggests first. When trying to set up that appointment, the wound team told us they do not treat diaper rashes and refereed is to pediatric plastic surgery instead of after reviewing the photo. We were given a priority request so thankfully able to be seen in the next couple of days. Once we got to our appointment the doctor said there is no way to bandage it and keep sanitary because of where it’s located so there was no option, but prescribed a wound gel they use for healing after surgeries. We asked if he would refer us to dermatology, he agreed that another opinion wouldn’t hurt and wrote the referral.

We waited a week for the appointment and used the wound healing gel in the meantime. Every time we put it on our daughter which was every diaper change, she screamed in pain..we called the plastic surgery office who said it is not the medicine but the wound itself that was hurting her but prescribed topical lidocaine to use (very minimally) before the gel application. Through this whole process, we were researching 24×7 to the ends of the internet and contacted parents who had remotely similar stories posted online, knowing with certainty this was not a diaper rash. We finally made it to the Pediatric dermatologist’s office. After evaluating our daughter the pediatrician told us this was, in fact, erosive diaper rash (Jacquets) and the worst case she has ever seen. We told her we had been doing research and are questioning if it is a hemangioma, and all the reasons we felt it could be. She said no. 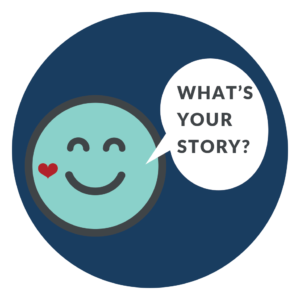 We asked if there was any testing we could do to be certain and were told: “no because it is not a hemangioma”. We were given directions on how to properly diaper and apply rash cream on our infant daughter. We packed up the stroller and as we started to leave the Doctor came back in our room; she had uploaded the photo she took to the medical file and said it gave her a closer look and she did agree it could be a hemangioma. She scheduled a follow-up appointment with their birthmark specialist. Once we met her a few days later, we had our official diagnosis: ulcerated hemangioma.

We started on propranolol and topical medicines, on the road to recovery. Our daughter is now 9 months, her hemangioma is still there and being treated but no longer ulcerated! It took months to find answers, but being able to have the internet (and sites like this) when your parent-gut knows something isn’t right can be life-changing by helping you communicate with doctors to advocate for your child. Because it was never a diaper rash!